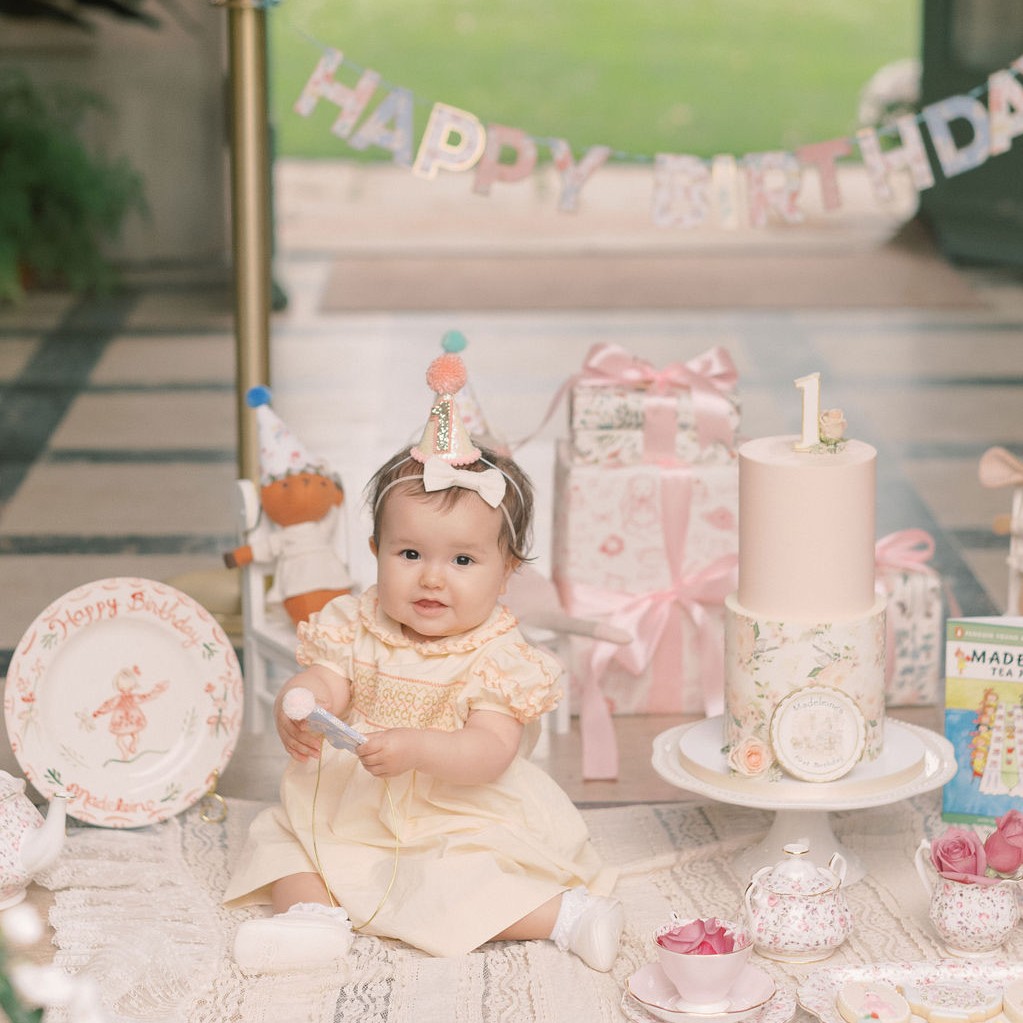 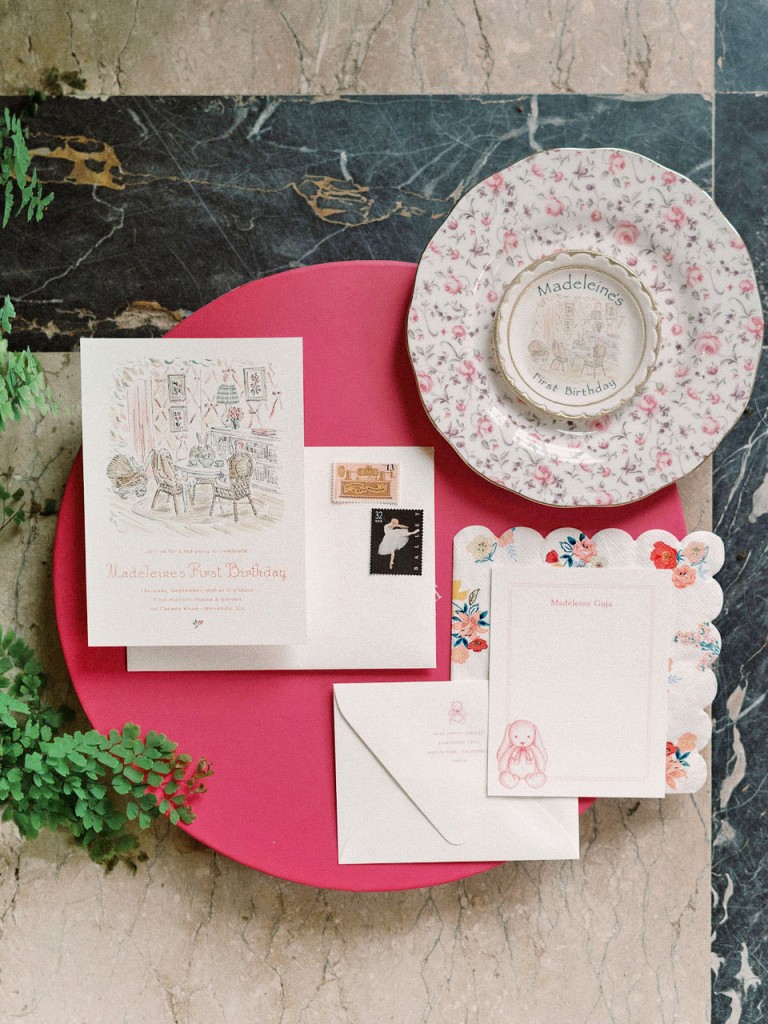 When Sandy Guja began planning her daughter, Madeleine’s, first birthday celebration, she realized that she was going to have to scale back her plans from having a large gathering with friends and family due to the pandemic. But, as you will see, although party guests had to celebrate Madeleine from a distance, fun was in no way compromised during the day’s festivities! 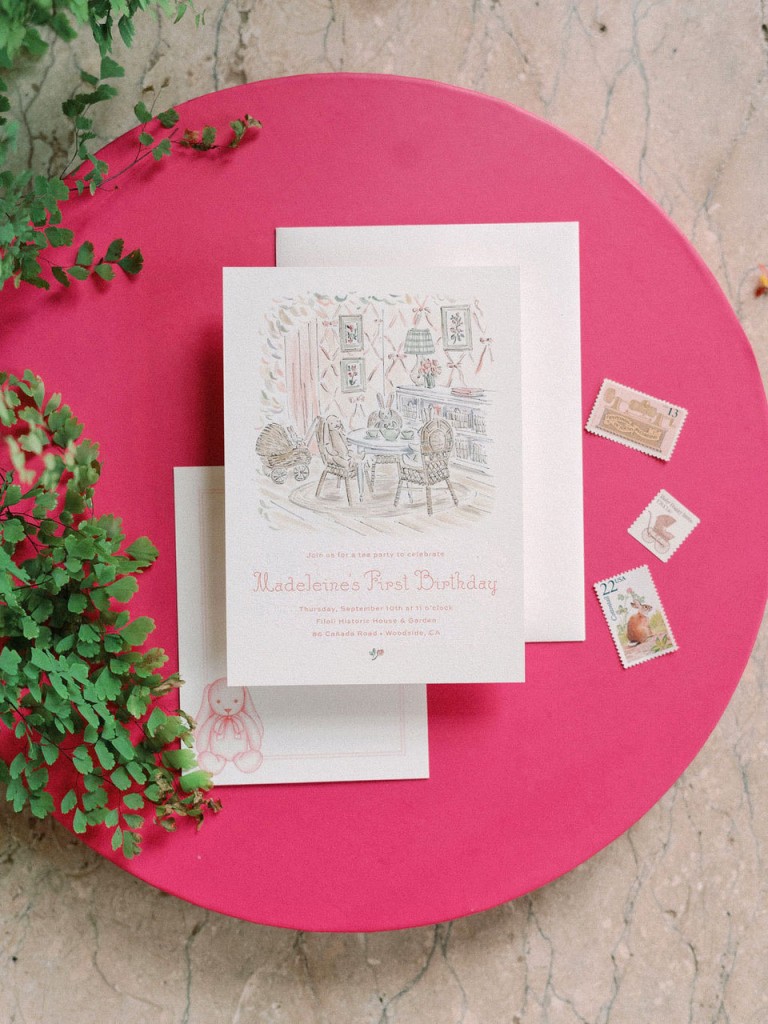 Sandy wanted to ensure that her family and friends felt included in Madeleine’s celebration, so she decided to send out invitations anyway, even though the party was going to remain small. She chose our Rose Bunnies Tea Party Invitations featuring a beautiful tea party illustration by Dogwood Hill artist Riley Sheehey. The invitation coordinated perfectly with the beautiful Californian Filoli Gardens where the party was to take place. The artwork also helped inspire the birthday’s garden tea party theme! 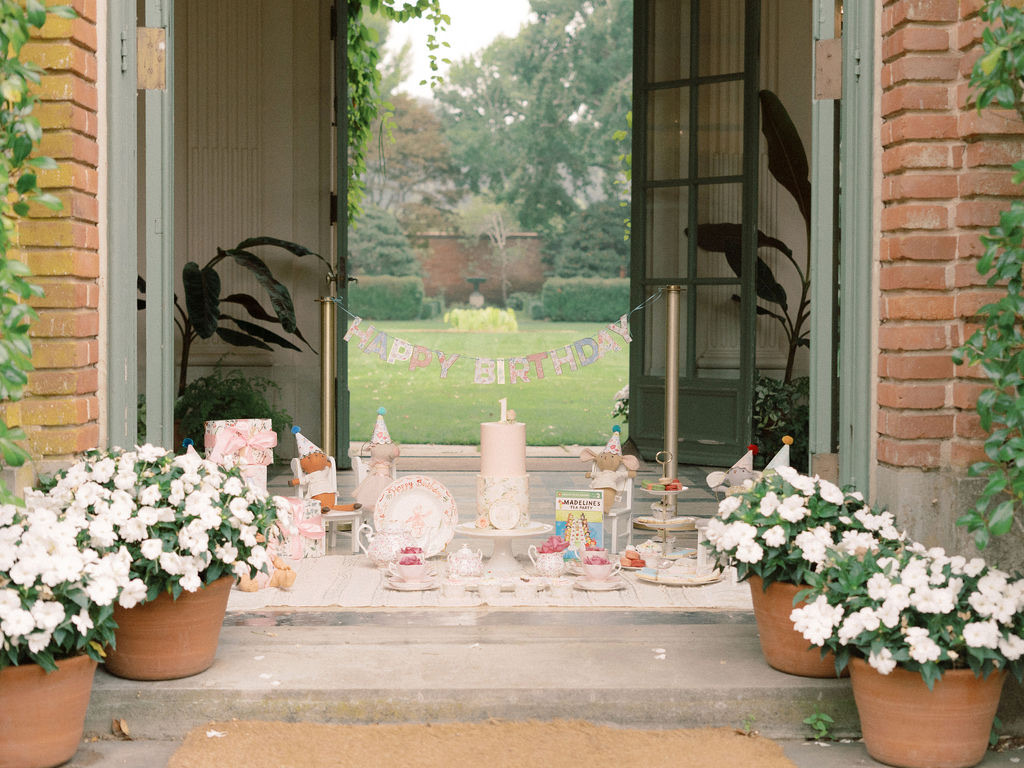 Sandy set up Madeleine’s tea party on the steps of the garden’s greenhouse. Madeleine’s favorite dolls and stuffed animals adorned with Meri Meri party hats joined her for a teatime set with the Wedgewood Royal Albert tea set gifted to her by her grandmother. 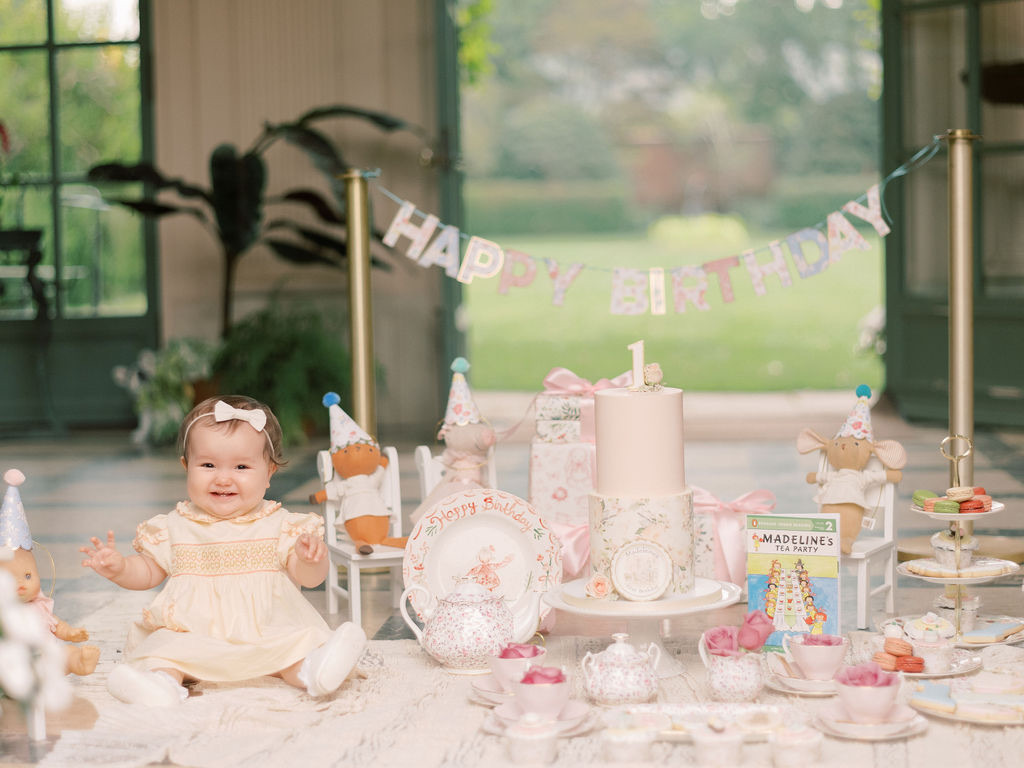 Judging by the photo, we believe Madeleine was as over-the-moon about her party as we are! Sandy had the stunning red velvet cake designed by a designer cake studio based in San Francisco. The cake’s artistry was inspired by the party’s invitation and included a custom-made medallion that now serves as a keepsake from the party. 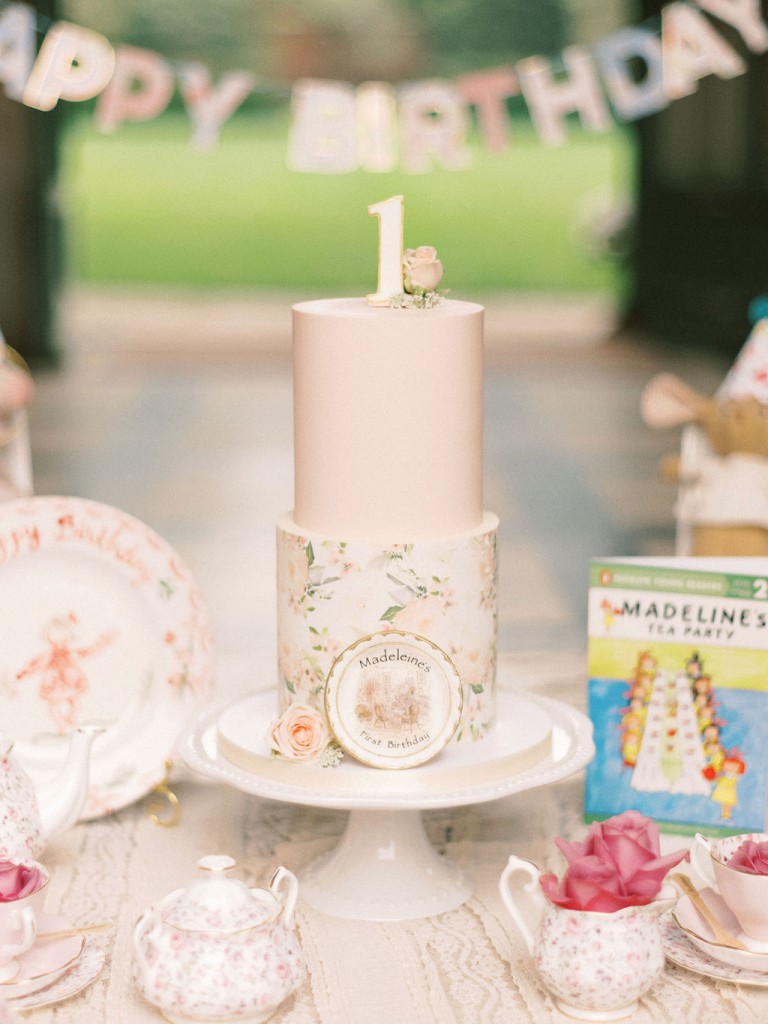 We also cannot help but notice the Dogwood Hill gift wrap pictured below that made a special appearance at the tea party! 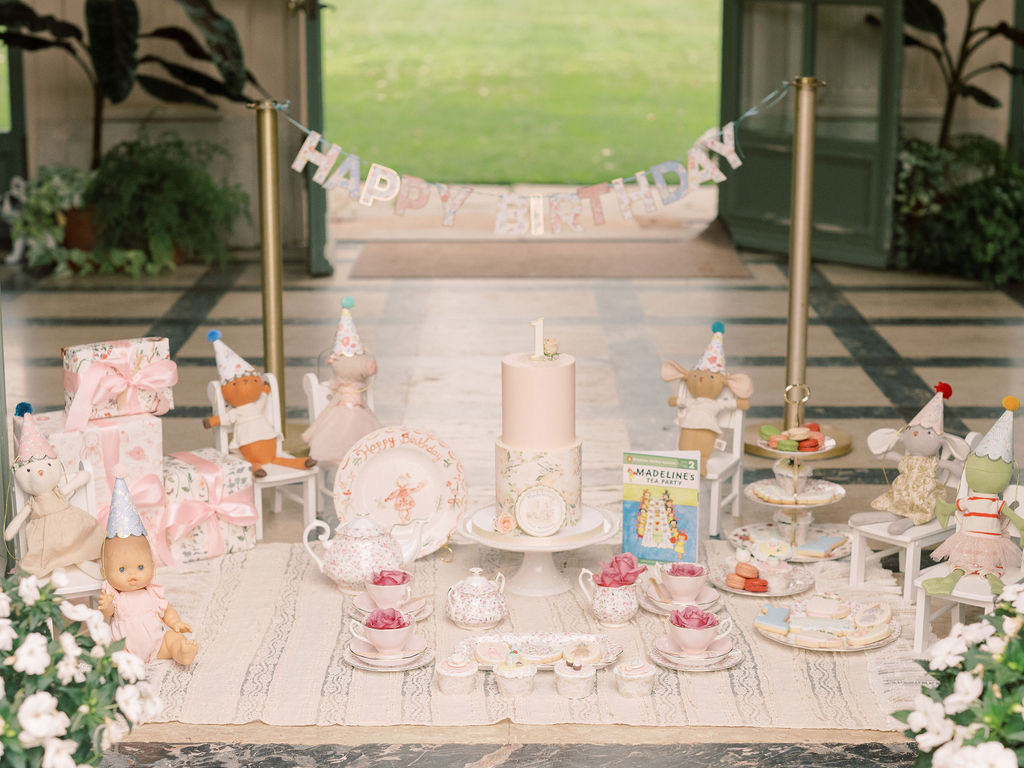 The party’s bespoke cookies mimic the same exquisite attention-to-detail found throughout the rest of the party’s decor. Don’t miss the one featuring Madeliene’s favorite doll (who was also a tea party guest) as well as the Wedgewood teapot! 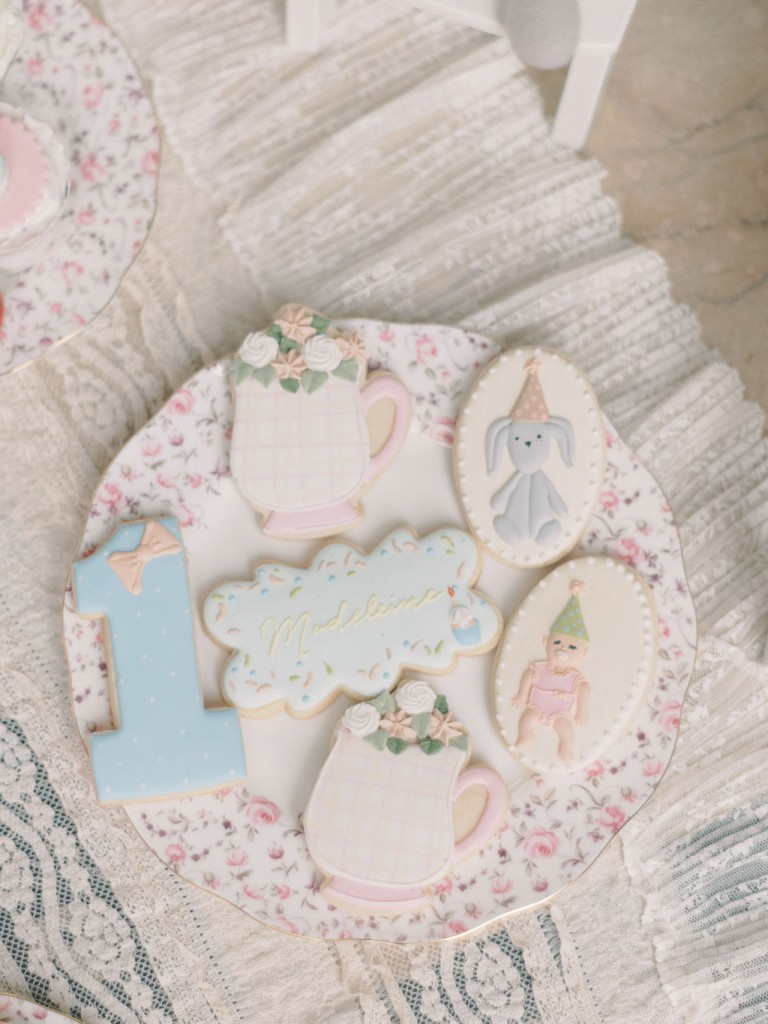 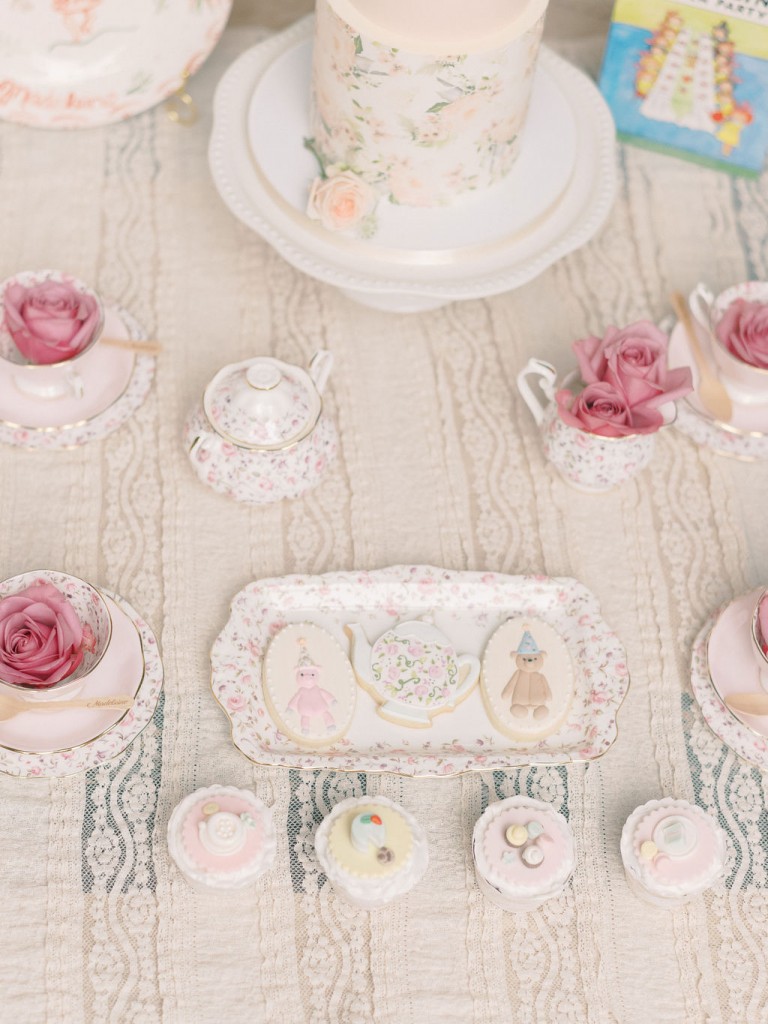 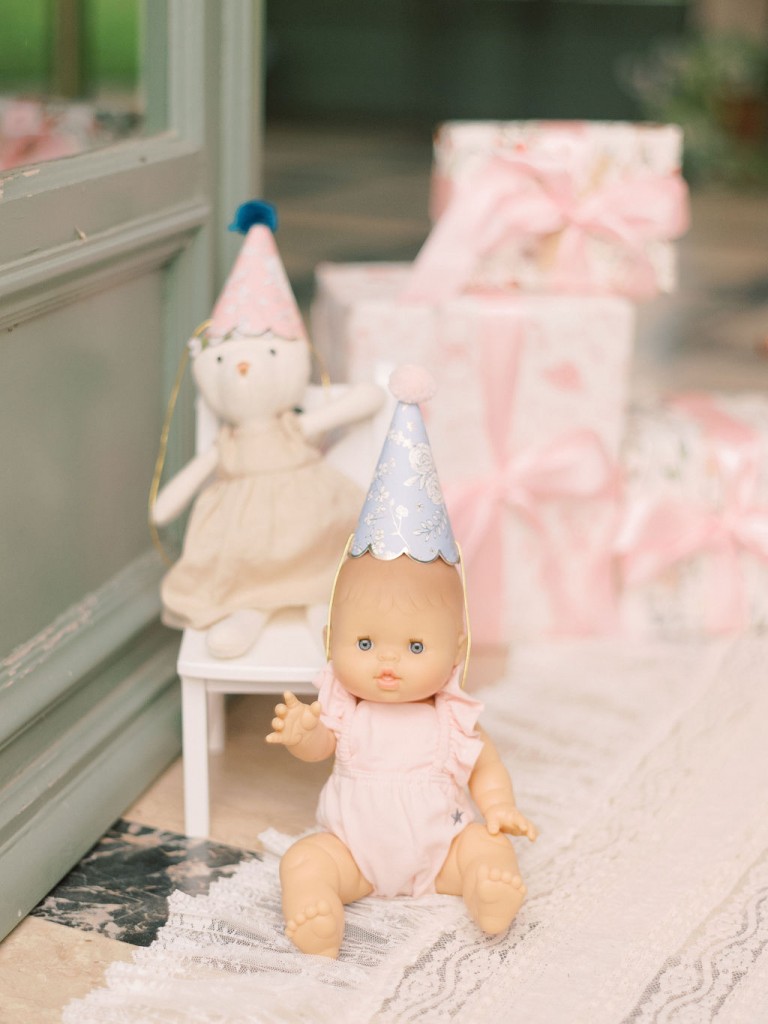 Madeleine’s sweet hand-embroidered dress was also a gift from her grandmother. 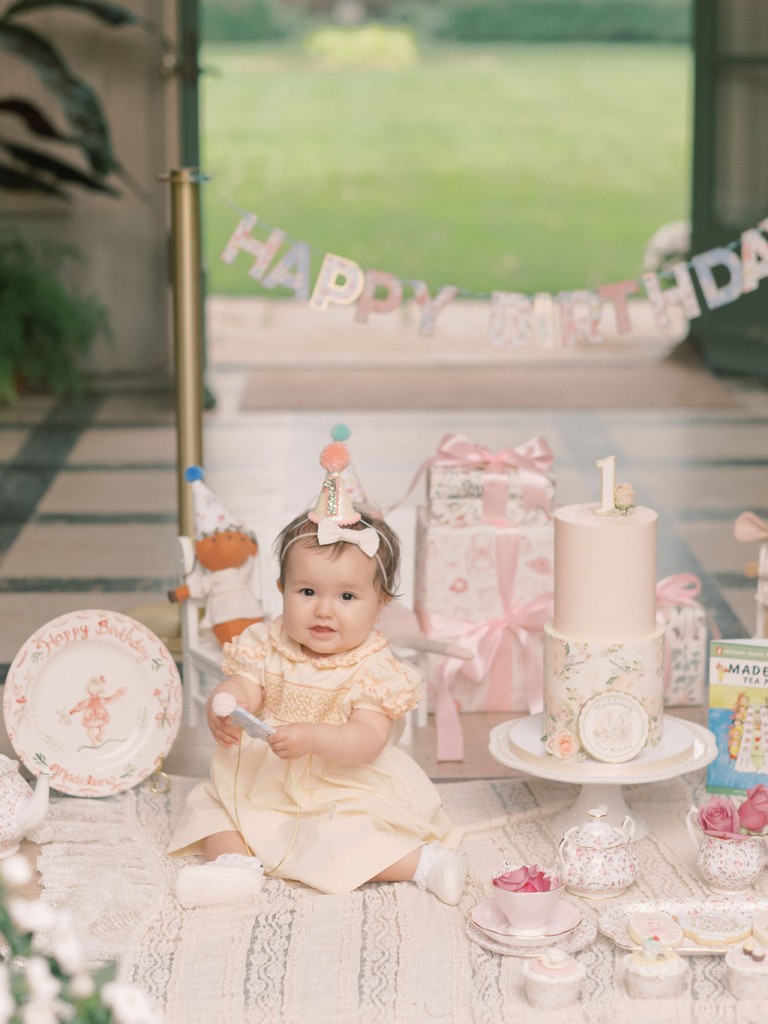 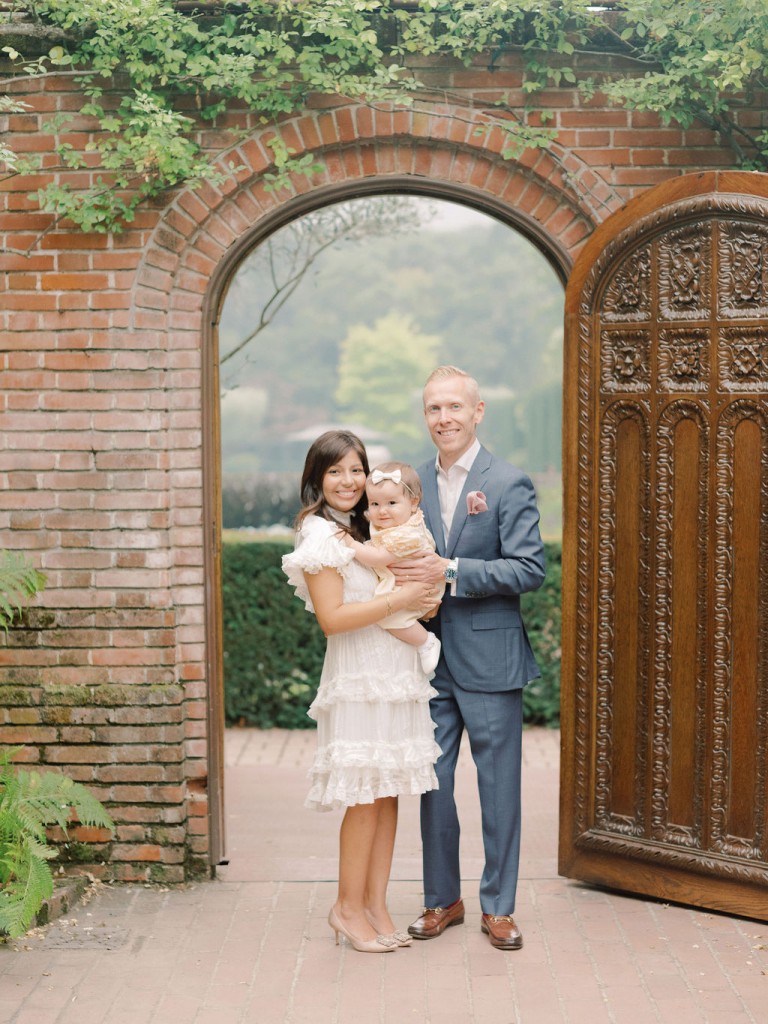 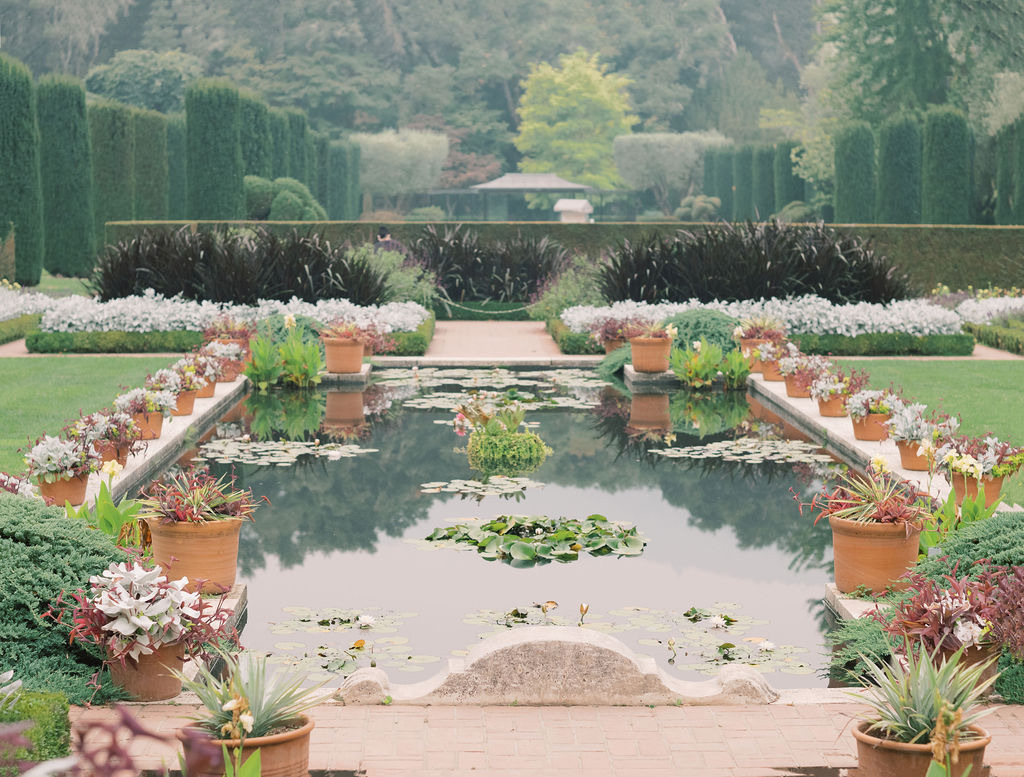 While Madeleine’s first birthday party was different than Sandy had ever envisioned, she acknowledges that keeping the party small allowed her to stay present and focused solely on her daughter without juggling all of the distractions that come from playing hostess. And we have no doubt when Madeleine looks back at these beautiful photos and sees each carefully planned detail her mom implemented, she will feel thoughtfully and fully celebrated! 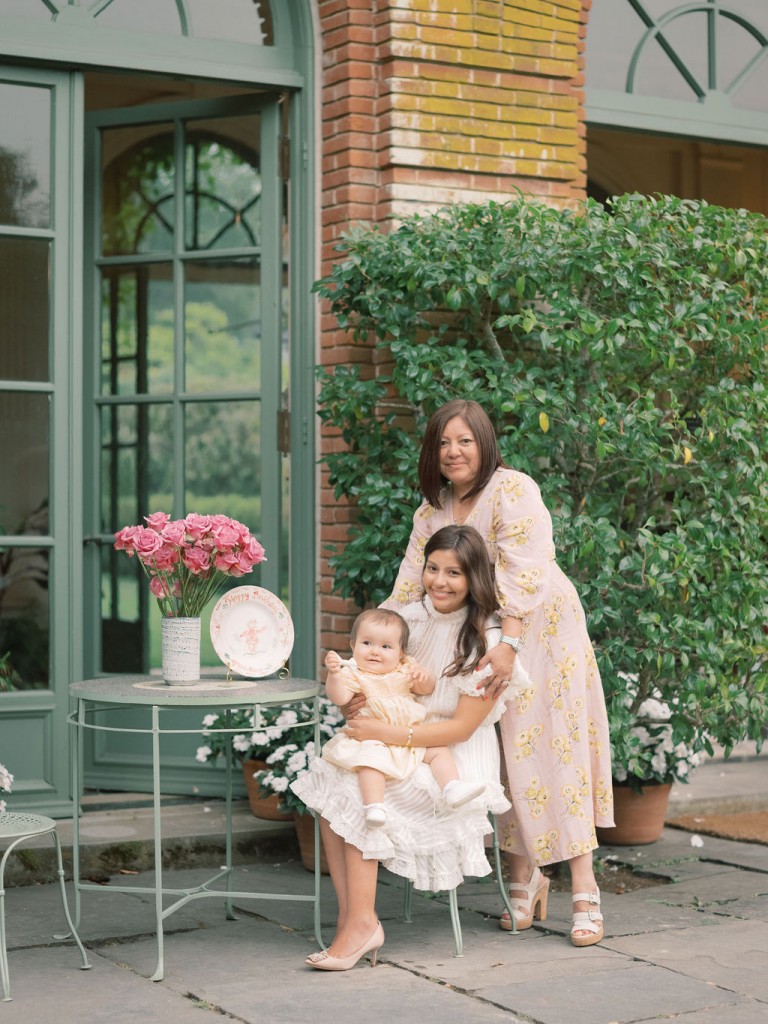